One of my closest friends, a born-and-bred Californian, loves everything Philadelphia.  She’s visited me twice in the last 3 years and if you ask her what her favorite thing about Philly is, she’ll undoubtedly say it’s the food.

The food here in Philly is really amazing.  Without a doubt, the most famous food export is the Philly cheesesteak.  So imagine my surprise when one day, I get a text from her exclaiming that Trader Joe’s rolled out these Philly Cheesesteak Bao Buns.  My first reaction was quite skeptical, perhaps because, in traditional Chinese buns, we never put cheese in there.  So the idea of a cheesesteak threw me.  But my friend swore they were delicious.  So I went to Trader Joe’s and bought some.

It’s not that they were inedible.  But certainly one of the bottom-of-the-barrel products from Trader Joe’s, in my opinion.  The buns, in contrast to homemade ones, don’t have the sponginess and chewiness.  The meat filling is so-so.  The flavor is just not the same as a cheesesteak.

When I ordered the cheesesteak, I ordered enough to have 3 cups of meat for this recipe. I’m a firm believer of cheesesteak wit whiz, so I also had that put in prior. 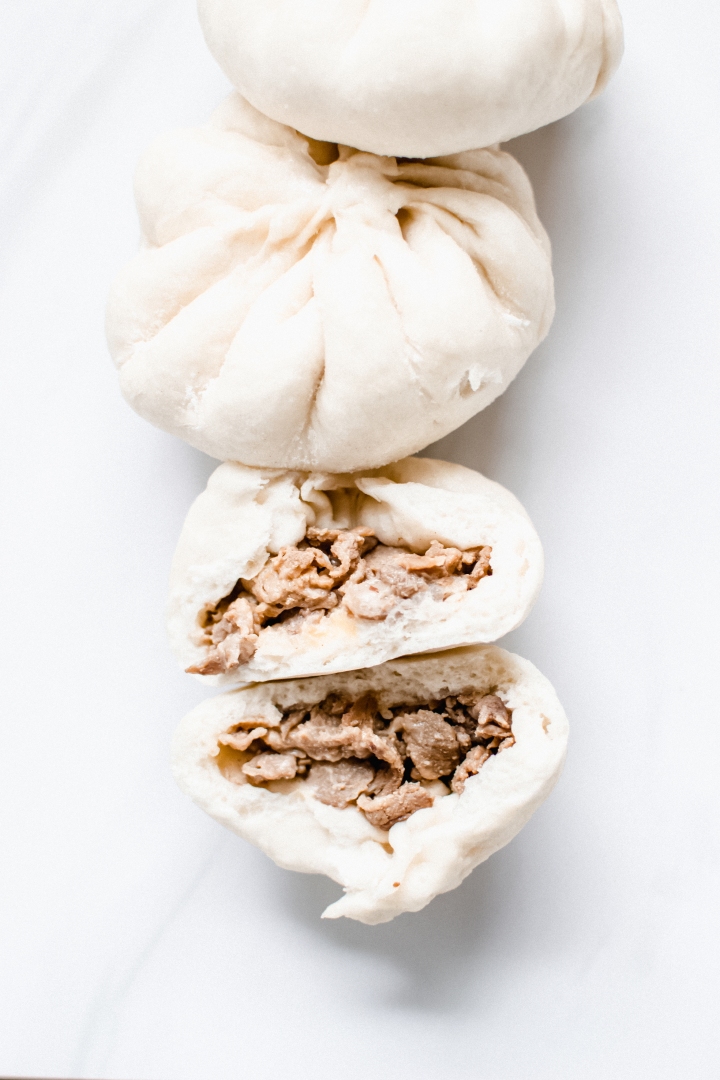