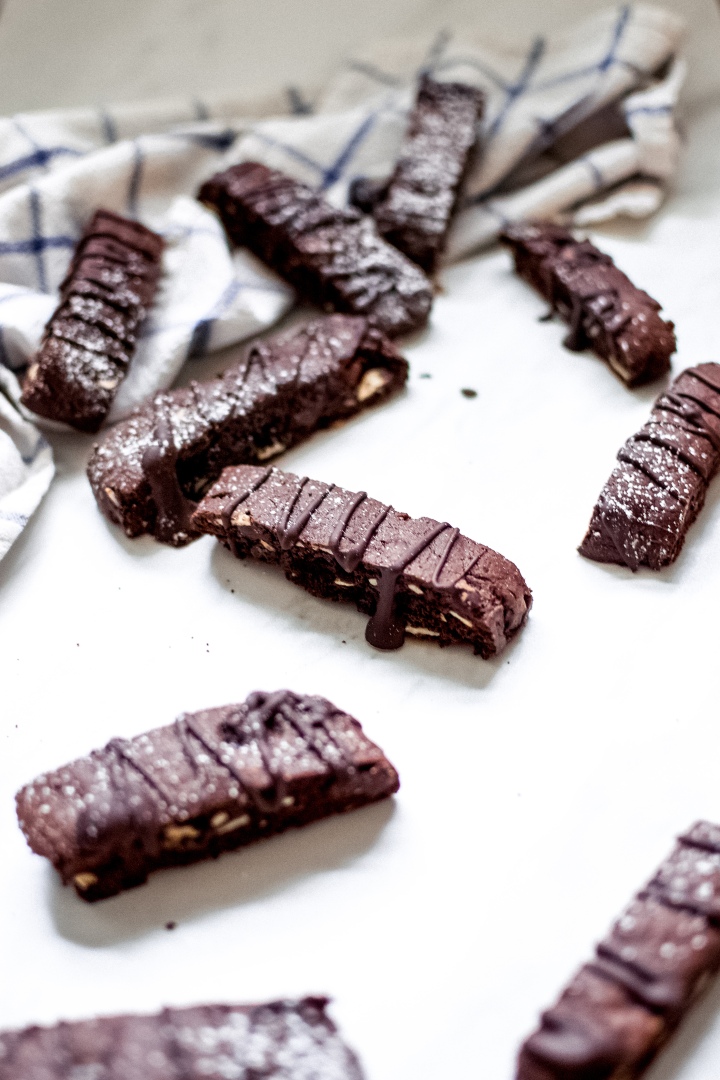 Following yesterday’s biscotti train, I decided to make a chocolate version.  Because I like almonds in my biscotti, I kept them in.  If you don’t like almonds, leave out the sliced almonds and almond extract, and put more chocolate chips and vanilla extract instead.   Due to the addition of the cocoa powder and chocolate chips, I needed to change up some proportions to make sure that everything gets an even rise.

The tricky thing about chocolate biscotti is timing.  Because they are brown in color, it is hard to tell if they are done because we can’t use the “golden brown” as a measure.  Instead, use a fork to gently tap during both of the bakes to see if the sides and tops have developed a hard exterior. 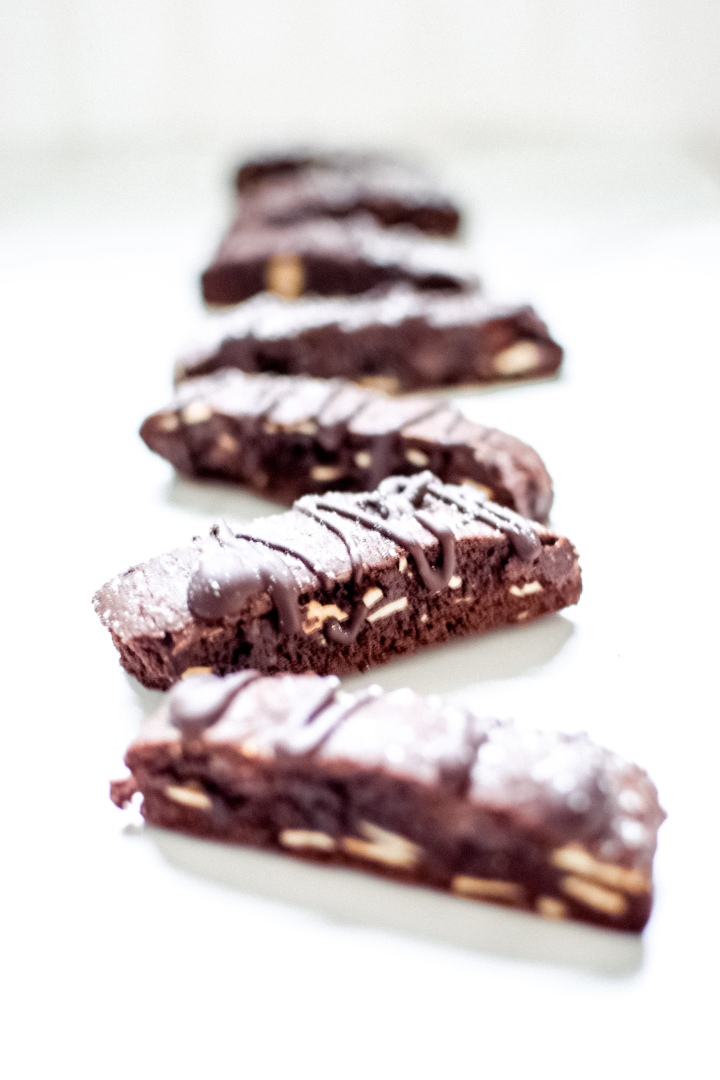