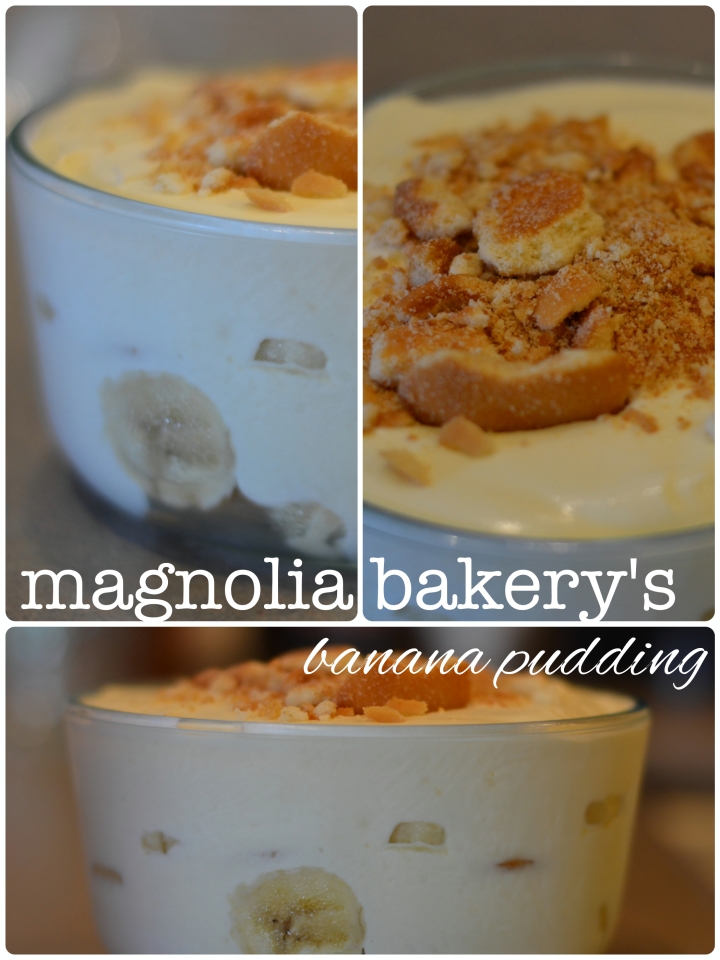 Two weeks ago, I went to Chicago, and stop 1 was Magnolia Bakery.  Ever since my first time there in New York City two years ago, I’ve been obsessed.  It’s just that good.  After coming home, I had a lot of pudding withdrawals, and lucky for me (and hopefully for you!) Magnolia Bakery actually has the recipe online.  So this isn’t an original recipe, by far.  But I’ve made a few tweaks, as I thought the recipe’s ratio was a bit off.  I made it two days ago that I served at a dinner party.  It was a massive hit!  It is almost gone (I’m sure it’ll be gone soon … probably as soon as I hit Publish, I’ll dive into the rest of the pudding.

Method:
1.  In a small bowl, beat the condensed milk and water until well homogenized.  Add the pudding mix and beat well.  Refrigerate for 3-4, until firm.
2. In a large bowl, using an electric mixer, whip the heavy cream until stiff peaks form.  Fold in the pudding mixture until well blended.
3.  To assemble, using a glass bowl (or Pyrex-ware), create layers of wafers, sliced bananas, and pudding.  You should be able to repeat this 2 more times.  Cover with plastic wrap and refrigerate overnight.  (I recommend even refrigerating for 2 days!  It really helps soften the wafers to make them more cake-like) 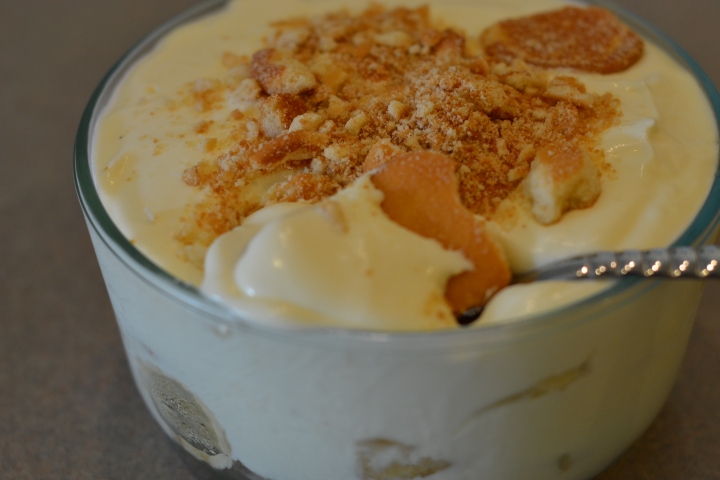